HVAC systems are some of the most sought-after appliances in this day and age. And it makes sense why this is the case. To begin with, the weather conditions can get incredibly extreme at times — one second, everything feels oppressively hot, and the next, everything is bitterly cold — and so, heating and cooling systems are proven to combat these extreme weather conditions really well.

Aside from that, it is also necessary for the air inside the room to be filtered out and replaced with fresh air from the outside environment, and for this, ventilation systems are required. Long story short, HVAC systems are incredibly beneficial to a lot of people, thus making the HVAC industry a lucrative one.

However, even though HVAC systems will always be a need for a lot of people, that doesn’t really mean that anytime is the best time to sell them. There are several factors that affect the HVAC selling patterns, and these factors sometimes vary from one country to another. That said, it is still important for you as an HVAC professional to know about the general selling patterns of HVAC systems because knowing will definitely help you with your business. With that out of the way, here are some things you need to know about the HVAC selling patterns.

What Factors Determine the Selling Patterns of HVAC Systems?

The Climate of a Particular Place

This should come as no surprise: the climate of a particular place plays a huge role in the selling patterns in HVAC systems. In fact, one may even argue that the climate is actually the biggest factor that affects the HVAC selling patterns, period.

What this means is that some HVAC systems, especially the heating and cooling ones, have fluctuating popularity, depending on a particular place and its general climate. For example, for tropical countries like India, Pakistan, and the Philippines, air conditioners will always be sold all year long. Meanwhile, for countries that have seasons like the United States, air conditioners are also sold on a seasonal basis — the same thing for heating systems as well.

The Buying Patterns of HVAC Consumers

The second thing that you have to consider when it comes to the HVAC selling patterns is the buying patterns of HVAC consumers themselves. Like the previous factor, this one should also come as no surprise, considering that consumers are the ones that drive up the sales number of HVAC systems. Therefore, when you’re aware of when consumers flock to the stores to buy HVAC systems, you’ll have a better idea of the trajectory and the selling patterns of your products.

That said, you should also note that the buying patterns of HVAC consumers can get a little complicated. This is because consumers have varying opinions on when it is the best time to buy HVAC systems. The two most common opinions are the following:

To a lot of consumers, this makes a lot of sense. However, there are people who disagree with this opinion, and they offer a different one.

Buy During the Off-season

Even though the previous opinion is incredibly popular — and it does hold some truth in a way — some people actually argue that it is poor advice. In fact, some would even say that the consumers who believe in the first opinion are those who are not in the HVAC industry. And so, in countering the first opinion, the other group of consumers offers a piece of different advice: people should buy HVAC systems during the off-season.

This is primarily because even though winter and summer are not the best times for air conditioners and heating systems to be sold, these two seasons are still relatively busy for the HVAC industry. These two seasons are when homes and other buildings use HVAC systems the most. This means that winter and summer are also when HVAC companies are at their busiest selling new units, performing maintenance, and conducting repairs. And as the business is generally booming during the busy summer and winter months, HVAC companies are less likely to offer discounts and sales.

For this reason, people argue that when buying HVAC systems, they would work opposite of the market. In other words, they should buy during the off-season — during the seasons of spring and fall.

During spring and fall, the weather is tolerable at worst and beautiful at best. It’s not too hot, and it’s not too cold. And so, most people won’t be running their HVAC systems as often, and HVAC companies won’t be as busy as they are in summer and winter. This means that they are not selling as many new units. In fact, they may actually be sitting with unsold units that they are desperate to sell.

And in order to move stock quickly, many HVAC companies will reduce the price of the units. Suppliers and manufacturers also lower the price of units to clear older stock before new models arrive for the next season. That lower price is passed down to the contractor who, in turn, can pass the savings along to the consumer.

Additionally, because HVAC technicians are not that busy on callouts in the off-season, HVAC companies may also offer discounted installation rates. Because of all this, consumers could score a great deal on a new air conditioner or heating system as well as lower installation rates. They could also encounter less hassle and inconvenience during this time. As a result, many consumers now truly believe that the best time to buy any kind of HVAC system is during the off-season.

The HVAC industry is currently booming nowadays, and it is not a surprise why. After all, people are always inside a particular building a lot of the time, and they naturally want to be comfortable inside. And what better way to make people comfortable by cooling or heating the air (depending on the weather conditions outside) and taking out the stale air inside and replacing it with fresh air from outside. HVAC systems are able to do all of these tasks, thus making them an attractive necessity for a lot of people.

The second factor that you have to know about is the buying patterns of HVAC consumers themselves. This can be a lot tricky to navigate, simply because consumers have varying opinions on when it is the best time to buy an HVAC system. On the one hand, there will always be people who will immediately buy the systems when they’re on sale. But then there are also others who argue that it’s better to buy the systems when it’s not on-season.

For these people, some believe that it’s better to buy during the months that are opposite of when the systems are made available. This means to buy air conditioners during winter or heating systems during the summer. But other people argue that winter and summer aren’t the ideal times to buy at all. Rather, the ideal seasons are spring and fall. This is because the HVAC industry is not busy during these two seasons, and so, all the businesses are more likely to lower their prices to drive up the sale.

Long story short, you can see that studying the selling patterns of HVAC systems can get really complex. It takes a lot of time and close examination in order to fully understand the various factors that affect the selling patterns and what you can do about it. That said, it is never too late to start studying the HVAC selling patterns so as to ensure the upward growth of your business. The factors above are some of the most common ones that affect the patterns. You can start by examining them first, and then someday, you can move on to finding other factors. Basically, step by step, you’ll be able to fully understand the selling patterns of HVAC systems, and that can help you succeed in this industry. 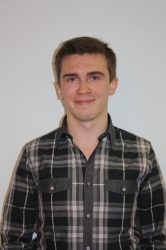 Anthony Fazzari appreciates how the HVACR industry has improved living conditions currently. From HVACR products being innovated to be eco-friendlier, more efficient, and using technology to self-operated using timers and sensors. He is sharing his perceptions with the HVACR industry to ensure new initiatives are available in the marketplace that would best serve the community. If want to write about HVAC industry, click here 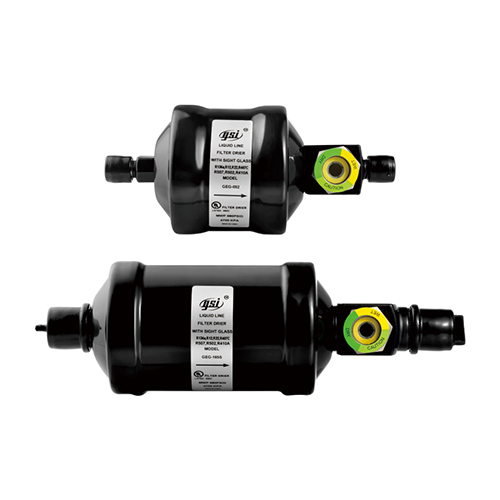 Want to write for us? we’re accepting guest posts!